However, the challenge is to understand that not all PEX pipe is the same. Not only are there several BRANDS of PEX pipe available in the market in North America, there are also several TYPES.

In the world of PEX piping, you may hear three very common terms when talking about PEX pipe. These are PEX-a, PEX-b and PEX-c.

In reality, PEX-a, PEX-b and PEX-c just describe the way in which the pipe is manufactured. In reality, this is a bit of a history lesson.

This product became known as PEX-a or “Engel Method PEX” or “Peroxide Method PEX”. In this method, approximately 80% to 83% of the polyethylene becomes uniformly crosslinked in the pipe.

This product is known as PEX-b or “Silane Method PEX”. In this method, approximately 65% to 70% of the polyethylene becomes crosslinked with most of that crosslinking happening near the outer surface of the pipe.

Then a third method was developed that required the use of an electron beam. In this process, polyethylene is extruded into the shape of pipe and then taken to a secondary process. In the secondary process, the pipe is exposed to an electron beam to create the crosslinking between the polyethylene molecules. This is also a two-step process where most of the crosslinking is contained in the outer surface of the pipe where it sees the most exposure to the electron beam.

This product is known as PEX-C or “Electron Beam PEX”. In this method, approximately 70% to 75% of the polyethylene becomes crosslinked with most of that crosslinking happening near the outer surface of the pipe. 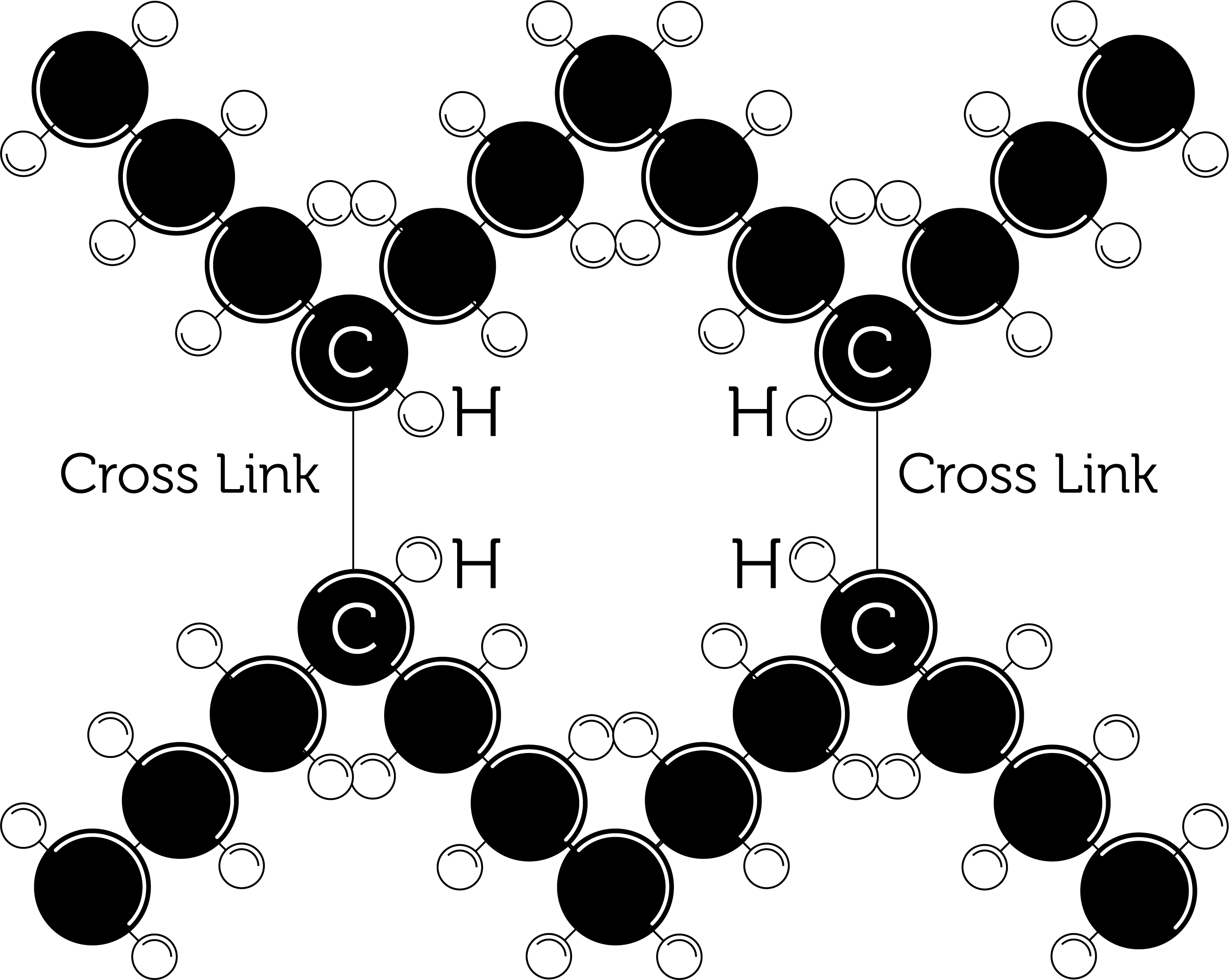 Why does it matter?

You may ask, why does all of this matter? At the end of the day, all of these products are considered to be PEX and in Canada fall under the CSA Standard know as CSA B137.5. This standard is the guideline for the minimum temperature and pressure ratings as well as the dimensional standards for all PEX pipe available in Canada.

An example of this would be that most PEX-a products can use an oversized fitting and take advantage of the elastic properties of the pipe to make connections. This allows for a system that has a lower overall pressure drop and better flow characteristics.

Another advantage to high, uniform crosslinking is the ability to “repair” a pipe with the application of heat. If a PEX-b or PEX-c pipe is kinked during installation, the installer must cut out the damaged section of pipe and replace it. If a PEX-a pipe is kinked during installation, the installer can “repair” this pipe by applying a suitable amount of controlled heat to the pipe, allowing it to reform to its original shape, size and integrity.

In North America and in Canada, you will find a large number of BRANDS of PEX pipe available in the marketplace. However, there are only three TYPES of PEX available. As you gain a better understanding of the TYPES of PEX, this will allow you to make an informed decision about the TYPE of PEX that is best for the application that you have. Once you know the TYPE of PEX that you want to use, then you can choose the BRAND of pipe based on the support, product offering and warranty that the manufacturer offers for their BRAND.