It costs money to run a fan.  The harder it has to work, the more money it costs.  If air fans are controlled from a VFD, then slower speeds also mean less noise.  There are lots of advantages to paying attention to ductwork.  In most projects is it not even considered. 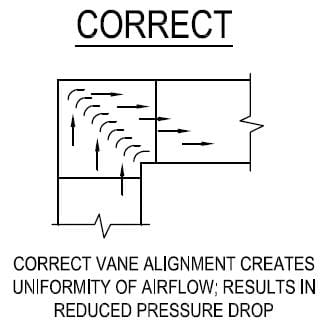 Round ductwork is more efficient and costs less to install than a rectangular duct system.  In most instances there is not enough room to install a round duct system and designers use the square system to fit in the allotted spaces. Round duct is an efficient way of conveying air with low pressure drop, which translates to less fan horsepower. Round ductwork also has better acoustic performance because the curved surfaces allow less breakout noise.

Due to space constraints, most HVAC systems are installed with rectangular ductwork.  Ductwork must be designed to limit the static pressure as much as possible.  This again translates to less noise, less fan horsepower and less cost. 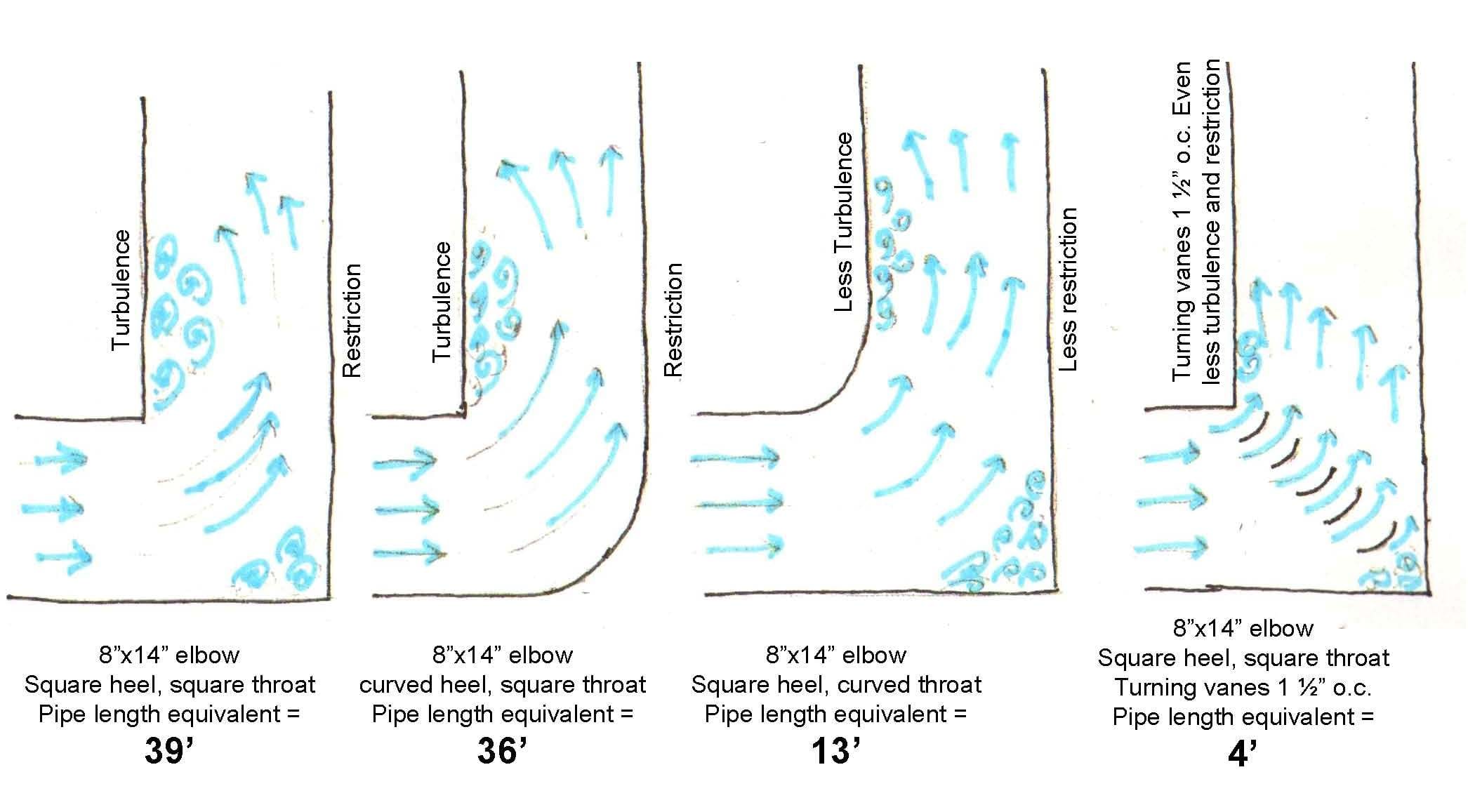 In the figure above, by adding turning vanes to one 90 degree corner, the equivalent length of ductwork can be reduced by 34 feet.  (39 feet for the square turn to 4 feet with turning vanes).  In a larger system, this all adds up.  Low air flow in systems is usually caused by high static pressure in ductwork that was not considered during the design.

Static pressure is King – treat it as such.

for more information on this topic, please contact our office:  This email address is being protected from spambots. You need JavaScript enabled to view it.