G.E. to Phase Out CFL Bulbs 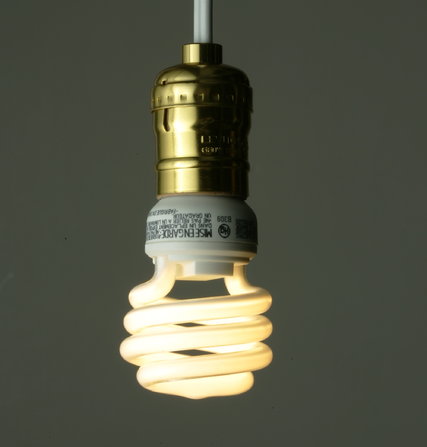 Just a few years ago, the compact fluorescent light was the go-to choice for customers seeking an inexpensive, energy-efficient replacement for the standard incandescent bulb. But as the light quality of LEDs improved and their cost plummeted, manufacturers and retailers began shifting their efforts in that direction.

Now, the industrial giant General Electricis saying farewell to the compact fluorescent light, or CFL. The company said on Monday that it would stop making and selling the bulbs in the United States by the end of the year.

“Now is the right time to transition from CFL to LED,” said John Strainic, chief operating officer of consumer and conventional lighting at GE Lighting. “There are so many choices that a consumer has for one socket in their home that it’s overwhelming. This will help simplify that.”

Compact fluorescents were the first big energy-saving alternative to standard incandescents, which no longer meet government standards for energy efficiency in the United States and many places abroad. But consumers complained about the harsh quality of light of the early models. They can also be slow to warm up and difficult to dim, and they contain trace amounts of mercury.

LEDs were more expensive, with bulbs often running $30, but the technology found fans who said they offered better light quality. Prices dropped steadily, falling well below $5 for a basic bulb last year, in part because of government regulations making it easier for them to qualify for generous discounts.

As a result, customers have been migrating toward LEDs. In 2014, LEDs made up about 5 percent of the American market, Mr. Strainic said. According to the National Electrical Manufacturers Association, LEDs reached 15 percent of bulb shipments in the third quarter of last year, a jump of more than 237 percent over the same quarter in 2014. Halogen dominates standard bulb shipments, the association reported, representing almost half of the total, followed by CFLs at about 27 percent, a share that is on the decline.

Retailers have also been moving away from CFLs, which will have a harder time qualifying for the Energy Star rating under regulations proposed for next year, Mr. Strainic said. Those include giants like Sam’s Club and Walmart, which have fewer CFL options on shelves, he said. Ikea abandoned CFLs and started carrying only LEDs last year.

For now, the General Electric move applies only in the United States. There has been wider acceptance of CFLs elsewhere, especially in Europe, Mexico and other parts of Latin America.